As UnLocal’s Development and Operations Manager, Jake oversees the organization’s fundraising and capacity-building efforts. He applies for grants, fosters relationships with prospective donors and develops strategies to improve the sustainability of UnLocal’s various immigrant-serving programs. Jake was born and raised in Redmond, Washington, and had originally relocated for a year of AmeriCorps VISTA service in 2016 at UnLocal to aid in New York City’s fight against immigrant poverty and the challenges that accompany undocumented legal status. After completing a successful year, he now works with UnLocal full-time. Jake graduated from Western Washington University with a B.A. in Political Science in the spring of 2016.​ 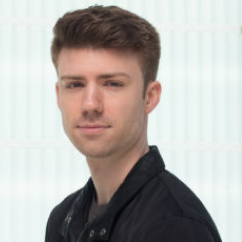