Michael C. Younker (he/him/his) utilizes his varied background in his role as Supervising Attorney to assist in a diversity of immigration advocacy. Throughout his career, Michael has worked in international affairs, as an advocate for children, and human rights in general. He served in a judicial clerkship and practiced family law getting exposure to a myriad of issues, especially custody and child welfare matters. Most recently, Michael worked at Catholic Charities of Newark handling many immigration cases for child migrants and asylum seekers from around the world. He now works for UnLocal, a community-centered non-profit organization that provides direct immigration legal representation and community education to New York City’s undocumented immigrant communities. Michael also directs the Queer Immigrant Justice Project (QIJP) at UnLocal where he represents LGBTQIA+ immigrants in immigration court and at the asylum office, connecting them to health care, housing, therapy, transitioning support, and more. He is a graduate of the University of Kansas and Rutgers Law School. 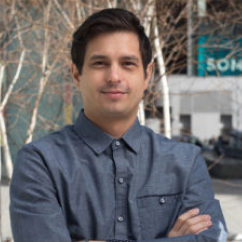